Your Home for Adult Hockey

Offering men’s and women’s league play, skills clinics, open hockey and stick time sessions. Whether you are a beginner new to the sport, an experienced player or somewhere in between, the Ice Den Scottsdale is your home for adult hockey in Arizona. 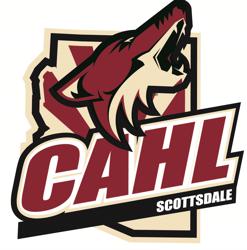 The Ice Den Scottsdale is home to the most competitive adult hockey programs in the state. The Coyotes Adult Hockey League consists of more than 800 players in six skill divisions participating year-round in Spring/Summer season and a Fall/Winter season.  The Ice Den Chandler located in the southeast valley also features an adult hockey league with an additional 800 players taking the ice year-round.

Sanctioned by USA Hockey, the CAHL features structured league play, as well as seasonal camps and clinics. In addition the CAHL has played host to a variety of national and international hockey tournaments, including the USA Hockey Over-30 National Tournament in 2001, 2002, 2003, 2006, 2007 and 2008 as well as the 2012 and 2013 Arizona Adult Hockey Championships.